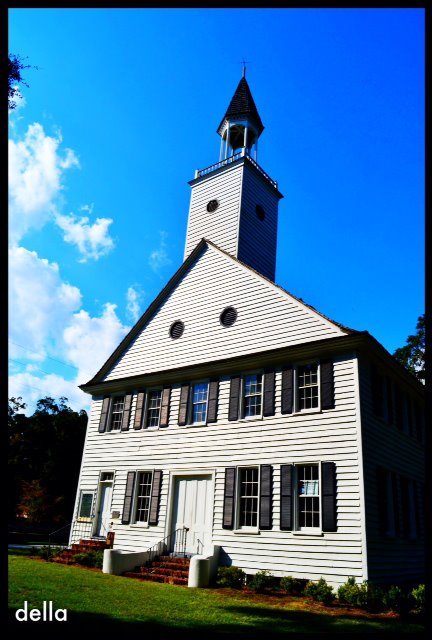 The old Midway church, in Liberty County, Ga., still standing, had for its pastor between 1785 and 1791 Dr. Abiel Holmes, the father of Oliver Wendell Homes, and when President Washington paid his celebrated visit to Georgia in 1790, Dr. Holmes was made the chairman of the committee appointed by the congregation of Old Midway church to greet him. Dr. Joseph LeConte, professor of chemistry in the University of California, says a correspondent of the Boston Transcript, “is one of the products of the Midway church. So also is United States Senator A.O. Bacon, and many people will be surprised to know that Governor Theodore Roosevelt, of New York, is also of this same stock, deriving his connection with Old Midway church through his mother, who was born in Liberty County, and whose progenitors were prominent and influential members of the church.

Dr. Abner Porter was born in Orange County, Virginia  in 1774, about the time of the Revolution. He studied for the medical profession and then migrated to Riceboro in Liberty County where he established his practice and also became a partner in the mercantile business with R.N. Grove.

At the age of 34, the successful bachelor was enjoying a nice medical practice  successful business venture and was well like in the community. We now have two versions of his troubles which arose and will give both.One says that he cast his affections upon one of the fair damsels of the Community and was repulsed in his attentions. The other story says he was in love with two fair maidens at the same time. One was so good, so clever, the other so beautiful. Which he loved the better he could not decide; his poor heart was torn and bleeding.

On February 7, 1807, Dr. Abner Porter sat at his desk and wrote his will leaving most of his business ventures to his partner; one third of his estate to his friend, Ms. Sarah M. Foster, probable his landlady, and the remainder to his brothers and sisters in Virginia. The will was witnessed by John and William Baker. He returned to his office and with the skill of the surgical training he neatly severed his femoral artery and was soon dead.

The Puritans of Midway Church looked with horror upon such an atrocious deed and refused to allow him to be buried within the confines of the Church Cemetery. The members of the church did allow his body to be buried just north of the boundary at the foot of a large oak tree. A few years later the present brick wall was constructed, at which time the cemetery was enlarged to include his grave and the aged oak tree at his headstone. Today the ever increasing roots of the oak tree are slowly pushing the vault from the ground as if the spirits of those Puritans are attempting to exclude Porter from their midst.